Antigen testing – the game-changer we’ve been waiting for The following article appeared in the Australian Financial Review on Thursday 22nd October 2020.

Time to test for the virus, over and over

One answer to living with coronavirus is taking less accurate but quicker tests more often. Australia is more cautious that other countries, but it’s an obvious alternative to lockdown.

My son has been riding out America’s COVID-19 summer with extended family in the Hamptons – certainly a safer, more pleasant place to hibernate than New York City. But with winter approaching and the second wave rampant, his aunt politely suggested it was time for a young man who likes to party to take a COVID-19 test.

I was astonished not so much that he was negative but that it took only 15 minutes to get the result. That’s because the US, like Europe and Asia but unlike Australia, is making greater use of rapid antigen tests. These “point-of-care” tests still require the same uncomfortable nasal swabs but are not as accurate as the “gold standard” of PCR (polymerase chain reaction) testing. So instead of a near 100 per cent “sensitivity” or accuracy rate in detecting the virus most offer only the high 80 per cent range. That typically translates into 10-20 per cent of people who still can’t be sure they don’t have the virus.

The debate is effectively a medical version of the adage about not letting the perfect be the enemy of the good.

But the advantage of point-of-care testing is that samples do not have to be analysed in a laboratory, a process that takes at least 24 hours and requires specialist equipment. In many cases, it’s more like doing a pregnancy test to see whether one or two lines show on the little strip.

That means results are much quicker and can be done frequently and at greater scale because they are cheaper and easily accessible. The tests are also most accurate when picking up the virus in the initial few days when people are most infectious and often before symptoms are apparent. The PCR test still records people as positive if they have only lingering remnants of the virus later with virtually no prospect of infecting others.

The question is how useful these tests can be as a supplement to the existing testing regime, as Australia learns how to live with the virus until or unless a vaccine is available. For businesses, particularly in key industries, the answer is increasingly urgent. It’s an obvious alternative to furious arguments over“ lockdown” strategy.

That’s even though the extremely low degree of community transmission makes their regular use less efﬁcient until there’s an outbreak in a particular business or a speciﬁc area or state like Victoria.

But it also gives people much greater reassurance about, for example, the prospects for safe travel arrangements. Qantas is naturally extremely interested.

The airline’s chief medical ofﬁcer, Ian Hosegood, says there will be opportunity to use point-of-care tests as a screening device rather than as a diagnostic tool, given their scalability and deployability in workplaces and in airports. He also suggests their potential in enhanced testing while in quarantine to reduce the 14-day mandatory period of isolation – with some countries already experimenting.

“There’s also a really good evidence base that even with less sensitive tests, if you do them more frequently, it’s probably going to be better than doing these expensive, highly sensitive tests more infrequently, because you can discover more cases and get on top of them more quickly,” he tells The  Australian Financial Review.

Such pragmatic views are increasingly challenging the prevailing orthodoxy among Australia’s most senior public health ofﬁcials who prefer the national tradition of laboratory testing. The debate is effectively a medical version of the adage about not letting the perfect be the enemy of the good.

The growing validity of tests will also improve their appeal. But even at present levels, other health professionals point out that frequent tests with an 80 per cent sensitivity rate quickly transform into more like the 100 per cent aspiration for PCR testing. The World Health Organisation backs rapid antigen tests above 80 per cent sensitivity. European countries have already ordered hundreds of millions of them.

About six companies now have approval from Australia’s Therapeutic Goods Administration to market point-of-care tests here – with several more expected to follow. Some are undergoing independent local clinical trials to buttress testing results in other countries.

One of them is Pantonic Health, which deals in medical supplies and services and has a supply agreement with a US manufacturer that has FDA approval and promises 88.4 per cent sensitivity. Pantonic has linked up with Respond Global, an Australian-based “social enterprise” that specialises in improving localised responses during health emergencies around the world.

Managing director Dr Ian Norton, previously head of the WHO emergency medical team in Geneva, has worked on major disease outbreaks including Ebola in Africa and in helping countries from Somalia to the Solomons deal with COVID-19. He designed health protocols to allow the 1000 crew members of the Ruby Princess to ﬁnally leave Australian waters and was contracted by the federal department of health to support the aged care response in Victoria.

“We are not saying that PCR is failing, PCR has done an amazing job,” he says. “But if we get further waves, or suspect cases in particular areas or business centres, this test will come into its own.”

He cites mining companies in remote areas having caches of ready testing equipment on hand to address any symptoms, or factories that can test all staff within a few hours if needed. He spent much of Wednesday talking to meat supply businesses that are especially vulnerable.

“You can have the most sensitive test in the world but if you can’t get access to it or it takes a long time to get back then how useful is weighing up a slightly less sensitive but much faster test?” he says. “So there is that balance and that has not been a robust discussion here in Australia but it’s certainly been discussed in other parts of the world.” And soon here.

J ennifer Hewett is the National Affairs columnist. She writes a daily column on politics, business and the economy. Connect with Jennifer on Twitter. Email Jennifer at jennifer.hewett@afr.com 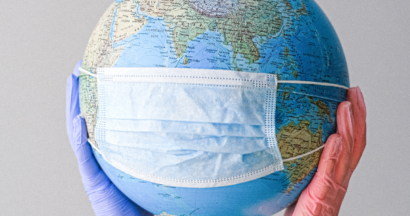 July 12th, 2022
What to know about COVID-19 rising in the community
Read article 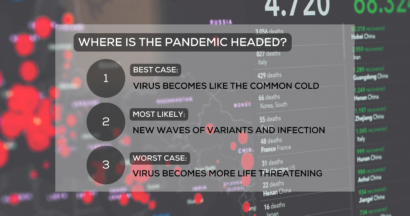 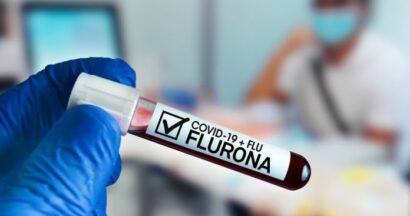 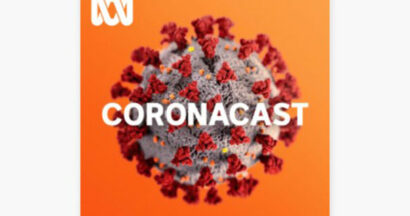 November 1st, 2021
Finally we can test ourselves at home!
Listen to the podcast
View all articles
Close