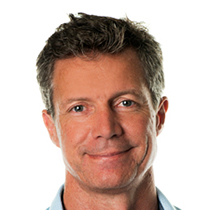 Dr. Ian Norton, founder and Managing Director of Respond Global, is a specialist emergency physician and an expert in coordinating emergency health responses to disease outbreaks and disasters. He holds post-graduate qualifications in Surgery, International Health and Tropical Medicine.

Ian was head of the WHO’s Emergency Medical Team (EMT) Initiative in Geneva from 2014-20. During this time, he led responses to Ebola, Diphtheria and Measles outbreaks as well as to earthquakes, cyclones, and war zones. Ian was awarded the WHO Director General’s Staff Excellence Medal for his efforts in coordinating 130 health response teams to the Nepalese earthquake in 2015.

Ian is the lead author of the current WHO Global Classification and Standards that governs how international medical teams deploy and respond to disasters.

Previous to the WHO, Ian led the creation of disaster response teams in Australia and became the Director of Disaster Preparedness and Response at the National Critical Care & Trauma Response Centre (NCCTRC) in Darwin.

During that time Ian established the Australian Medical Assistance Teams (AUSMAT) framework and designed the field hospitals that are today used for international disaster and infectious disease responses. He led the AUSMAT responses to the Pakistan floods, Typhoon Haiyan in the Philippines and other outbreak and cyclone responses in the Pacific.

Ian established Respond Global as a social enterprise in early 2020 with the aim of empowering others to be able to plan, prepare and respond to health emergencies in their own countries.